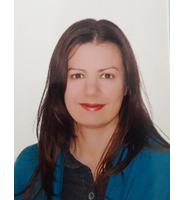 University of Ioannina, Greece
Thesis: Teaching Nature of Science in Greece; Evaluation of the condition and Study of effective ways to include it into teaching in the Secondary Education
Research supervisor: Katerina Plakitsi

I am a PhD student in Science Education, completed my 2nd year of studies, in the University of Ioannina, Greece. Specifically, I am a member of @fise group, coordinated by Professor Katerina Plakitsi. I hold bachelor’s in physics, a master in Nanotechnology and I work as a Science tutor in Secondary Education. My PhD deals with Nature of Science and how it can be embedded into daily science teaching in secondary education. My research tries to bring a strong innovation to Science Education, since it connects it with cultural historical perspectives. Our selection is to work on the field of Nature of Science and highlight the bridges or internal bonds with Cultural-Historical Activity Theory.

Nature of Science deals with the sociology and epistemology of science and focuses on the study of those characteristics that differentiate Science to other disciplines, eg. scientific knowledge is empirical, inferential, tentative, creative, both subjective and objective, it affects is affected by socio-cultural factors in every geographical and historical era. It is part of scientific literacy, which is linked to citizenship education and is supported by international agendas, like UNESCO 2030 for sustainable development and quality education, OECD (PISA Assessment) and the European Union.

In my PhD studies I have performed a survey on the Greek educational system (studying the curriculum of science subjects, the textbooks, taking interviews to teachers and students and give an international validated questionnaire (VNOS-D+) to assess teachers and students’ knowledge on the NOS aspects. This survey aimed to get familiarized to my community and focus group (the teachers), so as to be able to organize actions that interest them and deal with their contradictions successfully in a Professional Development Program for in-service science teachers organized last spring.

In the works of Vygotsky, Engstrom, Roth and many others I have found the methodology I need to overcome the conflicts of my subject-teachers and help them mediate their knowledge with various artefacts to their students.

Furthermore, during my readings, I have found connections between the “CHAT community” and the scientific community: for example, “an activity system is mutli-voiced, it reflects a community of multiple points of view, traditions and interests”. Science progresses that way; all scientists have their own voice, which should be equally considered and judged through the scientific community. Every scientist has his/her own voice, but Science «prospers» through “rules”, “division of labor” and “community”. Subject-teachers should understand that and apply it to their students. Thus, “the objects and motives of an activity are reconceptualized to embrace a radically wider horizon of possibilities than in the previous mode of activity”. So does Science; scientific knowledge is tentative and subject to change when new evidence comes to light. Then, a scientific theory is re-conceptualized so as to embrace this new evidence, as Kuhn mentioned about a scientific revolution. Finally, “the historicity of activity systems is reflected in the way they take shape and are transformed over long periods of time”; scientific knowledge works in the same way. Actually, scientific knowledge could form an activity system itself, since scientists are people; scientific knowledge is embedded into society and it affects and is affected by it.

During my previous studies and work, I have learned to think like a physicist and it is really challenging to be able to “get into someone else’s boots” and that is what I enjoy during my PhD studies. I think that this interdisciplinary approach is the key to a successful teaching routine. @fise group that I am working with has great work on Cultural Historical Activity Theory in Science Education, like Science Education during Early Childhood: A Cultural-Historical Perspective, Cultural Studies of Science Education, Vol 6, by Wolff-Michael Roth, Maria Ines Mafra Goulart, Katerina Plakitsi, Springer, 2012, Activity Theory in Formal and Informal Science Education, Katerina Plakitsi, Sense Publishers, 2013, and the bilingual SERP Journal (http://pc204.lib.uoi.gr/serp/index.php/serp). Furthermore, there is a new book on the market, “Activity Theory and Science Education”, published in the Greek language by Gutenberg Publications some weeks ago.

Last but not least, our group will organize the ISCAR Regional Conference on March in Ioannina. I have submitted a paper presentation that is approved, I will take part in the PhD Day and I will actively participate in the organization of the conference.

I think that taking part in the Summer University will broaden my knowledge even more, meeting and interacting with new people – educators and fellow students – from different disciplines, in the most crucial moment of my PhD, when I will start writing my thesis and will have some little time to re-consider my data analysis. The same happened with all other Schools and Courses I have attended (ESERA Summer School and a course on Qualitative data analysis), meeting great people and being influenced and inspired in my research