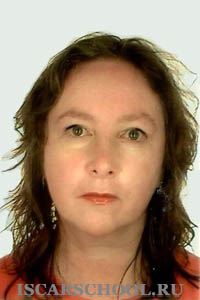 I am a mature student that has come to research later in life but I have so much yet to learn.  As a mother of three children aged 25, 22 and 19, I have encouraged my children to be interested in their environment, to read and to pursue their interests no matter what those interests are.  My eldest son has a Masters in Aerospace Engineering, my second son a Degree in Nautical Science and my daughter is going to study Zoology.  As they have all decided on their future paths, I now feel it is my turn and I have decided to pursue an academic career with Activity Theory at the centre of it.
There are very few researchers in Ireland using AT and I have found it difficult to locate any supervisors here willing and able to supervise a project with AT as a framework.  Professor Liam Bannon, who was quite active, has now retired unfortunately.  The nearest active ISCAR group is also in the UK and I intend to go to their conference in July this year to make contacts and get ideas.
I first became acquainted with Activity Theory (AT) when I was carrying out my thesis for the Masters in Cognitive Science at UCD in early 2009.  I made some reference to it in my thesis for the Masters in Cognitive Science, along with Situated Cognition, Distributed Cognition, Actor Network Theory and others, but started to read more about AT in earnest when I started my research in the Dublin Institute of Technology in October, 2009.  My studies of mind, brain and behaviour confirmed for me that a person cannot be studied in isolation and AT opened up a new and valid way for me to pursue my research: it made sense to me.
In the library, I came across some publications on AT such as Perspectives on Activity Theory (137 Engeström, Y.:Miettinen, R. 1999); Activity Theory and HCI (100 Nardi, B. 1996); along with many journal articles on teachers and ICT (102 Karasavvidis,Ilias 2009); e-learning (169 Robertson, I. 2008) and articles on ICT in education (168 Lim,Cher Ping 2004; 111 Lim,Cher Ping 2003) that opened up a lot of research for me in the area of ICT and education using AT as a framework for analysis.
Having read widely and amassed a great deal of references on the subject of AT, I was keen to know more and attended the Helsinki Summer School in 2010 that was run by Dr. Annalissa Sannino of the University of Helsinki.   As a student new to AT, I found that having lectures from ‘expert’ researchers in the field of AT who had written and published extensively on the subject, to be extremely interesting and motivating.  Professor Yrgo Engestrom attended a considerable number of the lectures along with contributions from Georg Ruckreim, Michael Cole, Frank Blackler, and many others in the AT field.
Despite my considerable reading and immersion in AT, and attendance at the introductory course at HSS 2010, I still feel that I need to find out more about how to apply my knowledge to my actual research.  At the HSS 2010, I studied along with fellow students from Moscow, Olga and Maria (now a PhD), and I thought how lucky they were to have studied at the very heart of AT and where its foundations started in Moscow.  It is for this reason that I wish to travel to Moscow and attend the summer school as I would like to get another perspective on AT that may differ from Professor Engestrom’s and others so that I may develop my own views and approach.  It would also be nice to promote AT in my own country in the future when I am more practised and experienced in the area.