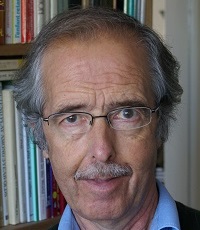 Bert van Oers (PhD) is professor ‘Cultural-historical theory of education’ at the VU University in Amsterdam. He is trained as an educational and developmental psychologist in the 1970s in the Netherlands and specialized since then in Cultural-historical Activity Theory (CHAT). His dissertation “Activity and Concept” (in Dutch) was defended in 1987. He is one of the founders of the CHAT-based educational concept (“Developmental Education”) that is becoming increasingly popular in Dutch primary schools and is currently being implemented as a play-based curriculum for children from 3 – 12 years old.

His research interests are in different domains of cultural learning (both academic and arts) and particularly concentrate on learning processes in the context of play, especially in the areas of math education, literacy, music education. He wrote many articles in different languages, and was (co)-editor of a number of English books, among them: Developmental Education for young children (Dordrecht, Springer, 2012), The Transformation of Learning (Cambridge, 2008), Narratives of Childhood (Amsterdam, VU University Press, 2003), and Symbolizing, Modeling and Tools Use in Mathematics Education (Dordrecht, Kluwer, 2002). In 2004 he received a honorary doctorate degree from the university of Jyväskylä (Finland) for his work in early childhood education.