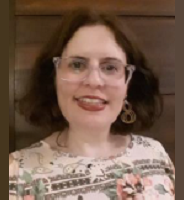 The problem in this proposal of research is the contributions of the Cultural Historical Method to comprehend the learning of writing in schools situated in contexts characterized by linguistic variety.
In 1994 the United Nations Educational, Scientific and Cultural Organization (UNESCO) organized the “Wold Conference on Special Needs Education: Access and Quality”. The conference resulted in educational guidelines for all the world, expressed in “The Salamanca Statement and Framework for Action on Special Needs Education1”. Since this conference, Brazil has been adopting inclusion in educational policies. Brazil’s Federal government has been implementing, especially since 2000, educational inclusion of deaf children. In 2002 it was promulgated in Brazil a law which made official the Brazilian Sign Language2 and since then deaf people have been studying in regular schools that are obligated to hire professionals to mediate the communication between deaf student, teachers and other students. In some schools, deaf children study in literacy classrooms together with listening children. If writing is a representation of sounds, how is it possible its learning by deaf children, who do not have access to sounds?
Therefore, in this proposal of investigation, linguistic variety concerns both: educational inclusion of students with special needs and multicultural contexts. Educational inclusion is the practice of allocation deficient students in regular classes.

In consequence of the inclusive education, Brazilian Sign Language is present in schools, besides other linguistic varieties, indigenous languages, immigrant languages and Creole Languages, in accordance with the Institute of National Historical and Artistic Heritage.

Those research problems emerged in an educational ethnography done for my doctoral degree in the year of 2010, in Foz do Iguazu City, Brazil. During the entire year of 2010 it was observed how two teachers were using alphabetization textbooks. The conclusion was that the textbook does not help to teach relationships between letters and sounds because it encompasses no linguistical variations. For example, when the teacher taught the letter “J”, students that descend from Hispanic speakers use to make the sound of the letter “Z”. Foz do Iguazu is situated in a border with Argentina and Paraguay and it is found there many kinds of linguistical variations. The languages of the speakers in a same classroom are not exactly the same, and the differences affect the writing learning.
In continuation with previous researches, the major problem in this proposal is: How does the Cultural-Historical Method contribute in investigations about writing development in school contexts characterized by linguistical diversity? The main purpose of this study is to understand how to apply the general aspects of the Cultural-Historical Theory and its method in investigations about writing development considering linguistic variety and inclusive education. The specific objectives are: 1) To study the Writing development in accordance to Cultural-Historical Theory and its method; 2) To systematize the problem of linguistic variety in school and its relationships with writing development; 3) To plan investigations with the aim to improve teaching and learning literacy at school.
The assumption of this study is that the method of the Vygotskian approach can contribute with the problem of the relationship between linguistic diversity and inclusive education at schools when the focus is literacy teaching and learning and the writing development. The complexity of the inclusive education and the linguistic diversity at school demands scientific investigations. Rubtsov (2016) affirms that Cultural-Historical theory contributes with modern science, specially the activity approach, even though it is still a hypothesis that must be developed in full-scale.
Vygotsky, Luria, Leontiev, Elkonin, Davidov and other researchers in the approach of Cultural-Historical theory brought up important assumptions in their works which are related to issues focused in this proposal. About deaf education, Vygotsky (1997) argued that the sign language is important for the deaf child because it is another way for the cultural development and writing development. Besides that, the activity theory is central in the problem of literacy. In accordance with Vygotsky (2000), writing is a kind of activity and the key for its development is the representational capacity. The writing learning depends on the understanding that things can be used to represent other things, like sounds can be represented by letters. For this reason, the play and the drawing are important for the writing learning.
But the main importance of Vygotsky’s theory is his dialectical method. In accordance to Leontiev (1979), Vygotsky has created his own genetical and historical method to investigate the human activity. Using the genetical method, Vygotsky investigated the disabilities, considered by the author a key to understand superior psychological functions. The hypothesis in this proposal of study is that to understand the dialectical, genetical and historical method is important to make scientific advances that would help to solve problems concerning education, what is especially important in Brazil, where the illiteracy affects 7,0% of the population.