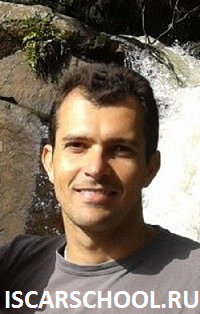 The University of Queensland – Australia

Thesis: The roots of Perezhivanie in lived stories of children during environmental education experience that leads to transformational changes of self in hindsight.

I am fascinated about Perezhivanie-(Переживание) from Russian cultural-historical approach in Vygotsky’s theory and Russian cultural historical context. The 6th ISCAR is the perfect opportunity to create a broaden understanding about Vygotsky’s legacy and enhance the network of scholars and thoughts towards an interdisciplinary research focus.

My investigation is organized to address three inter-related challenges: (i) the theoretical roots of perezhivanie. (ii) the methodology appropriate to research perezhivanie as a unit of analysis that captures transformational change during early childhood; and (iii) the pedagogical approach that enables such transformational learning to occur during environmental experiences.

I am looking forward to comprehend in depth and research empirically this culturally-laden word (perezhivanie) in Vygotsky’s thinking and his followers. I intend to explore the etymology, cultural context and the ways in which its meanings have changed in recent history. With this intention, I am motivated to examine when perezhivanie came to the surface in Vygotsky’s lectures and writings in his short but brilliant career. My studies investigate perezhivanie (emotional lived experiences) in the context of a narrative-based environmental education program.

English translations of Vygotsky’s work are based on Soviet editions, which are based on collections and interpretations of original articles, manuscripts, books and lectures. This corpus of translated texts can be a source of errors and omissions. Moreover the appropriation of the term amongst contemporary researchers varies due to the problems of translations and different theoretical interpretations regarding the “true” readings of Vygotsky legacy. It is essential to revisit the original Russian sources to comprehend its origins within its socio-cultural context.

Historically, it is known that in the early stages (1921 to 1923) of Vygotsky’s brief career, he studied art, literature, theatre, and particularly texts of tragedy; he believed that the importance of the study of arts and drama was a step closer to unlock the understanding of human consciousness. The interplay between actors, audience and the experience was a perfect scenario to the study of how emotions and cognition were experienced and understood as a unity of analysis. After this early period of scholarship, Vygotsky abandoned his emphasis on topics such as emotions, drama, personality and imagination that characterized ‘The Psychology of Art’. Understanding why this happened is important for us as well.
Vygotsky returned to the concept of perezhivanie for a very short period of time in his career which appeared in the transcriptions of lectures that he gave in 1933-34. Two key texts from this period are, ‘The problem of the environment’ and ‘The crisis at age seven’. He was trying to articulate the relationship between the social situation of development (the environment) and the emotional experiences (perezhivanie) that represented the child’s emotionally-laden understanding of the world around him / her as the beginning of the process of differentiation in development.
I am also motivated to identify and discuss this trajectory of Vygotsky’s history with researchers amongst ISCAR ‘S context to bring light in to further implications and applications of the study of perezhivanie.

The 6th ISCAR will provide the perfect unique opportunity to broaden my knowledge participating in discussions, sharing ideas to improve my research in the theoretical, methodological and empirical fields.