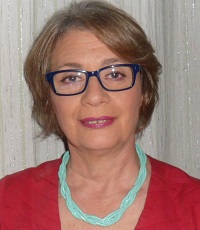 Her Doctoral and Master researches have focused on the foreign language teacher education, especially, English language as a foreign or additional language in Brazilian context. The settings of her ethnographic-based researches were public schools situated in low-income communities, having the Sociocultural-historical Theory (Vigotski and his collaborators) and bakhtinian theory as their theoretical foundations. Methodologically, the Dialectical Historical Materialism Method (Marx; Marx and Engels) draws them. The theoretical and methodological basis support the conception of the individual, the education and the world in a sociocultural and historical view through a dialectic interpretation of the phenomena in investigation, in which language and mind development are concerned.

She is the author of the book “Too much talking in the classroom: the schooling indiscipline under reflection. A dialectical-dialogical interpretation of Applied Linguistics” (original as Falação em sala de aula: a indisciplina escolar em reflexão. Uma interpretação dialético-dialógica da Linguística Aplicada) as the fruit of her Master dissertation.