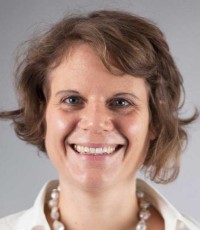 Sara Greco holds a Ph.D. in Communication Sciences (USI, 2009). Her research concerned the role of argumentation in dispute resolution processes. From 2010 to 2011 she has been Visiting Lecturer at University College London, while from 2011 to 2012 she has been working at the University of Surrey, Guildford, UK, in collaboration with Prof. M. Barrett.

From 2008 to 2012 she has been lecturing at the University of Neuchâtel, where she is now Associate Researcher at the Institute for Psychology and Education (http://www2.unine.ch/ipe). She has been invited to give lectures and seminars in different universities, amongst which UCL (UK), the University of Lausanne and the Catholic University of Milan.

She is Assistant Professor of Argumentation at the Institute of Argumentation, Linguistics and Semiotics (IALS) at USI; she is also co-director of the Lacops Laboratory.

Her research is currently developing along two axes. The former concerns argumentation a means to resolve conflicts, with a particular focus on dispute mediation as an Alternative Dispute Resolution practice. The latter concerns the study of children’s argumentation (and its possible consequences at the level of argumentation and education). Currently, she is conducting a research project funded by the Swiss National Science Foundation on this topic (in collaboration with the University of Neuchâtel).

In recent years, Sara Greco had been developing a project on the complex relation between argumentation and inner dialogue in the experience of international migrants. Such research line is markedly interdisciplinary and has been pursued in tight collaboration with the IPE at the University of Neuchâtel and with the School of Psychology at the University of Surrey.

In the field of dispute mediation, Sara Greco holds professional qualifications in Switzerland and Italy. She has collaborated with the Associazione Ticinese per la Mediazione (ATME), serving as a Commitee Member from 2005 to 2009.