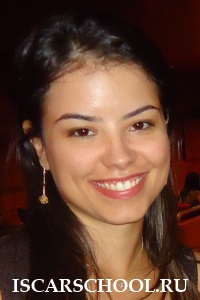 Thesis: Limit-situations and elementary school: from comprehension to preventive intervention in School Psychology

The field of School Psychology in Brazil historically accumulates a critical movement beyond the practices traditionally systematized by Psychology. The hegemonic tradition reveals the use and promotion of regulatory and normative practices. Questioning this hegemony, the field of School Psychology has contributed to the promotion of a materialist conception of and to Psychology. This design has been recognized in the literature as critical and defines important theoretical and practical dimensions for the discipline. However, the experience of our research group in Brazilian public schools unveils an issue: the actors in school setting do not recognize the meaning of this critical approach, based on monitoring and daily participation, in the practice which reconstructs the theory.

For this reason we aim to contribute for solving this problem by constructing a critical and preventive acting model for the school psychologist. This proposal should be structured using the limit-situation category elaborated by Ignacio Martín-Baró within the Liberation Social Psychology, a critical approach developed in the Latin America context. To do so, we intend to confront the limit-situation category with the ideas of crisis and social situation of development built by Vygotsky in Soviet Psychology. The materialistic basis that allows this confrontation is also our theoretical and methodological challenge: to defend the thesis that the identification and the mediation of limit-situation marks out a critical and preventive acting model for the school psychologist. Thus, we have been dedicating ourselves to investigate the meaning of the critical acting of the school psychologist in Brazil by confronting the ideas from Latin American and those from Soviet Psychology. This proposition justifies our participation in ISCAR, once the joint debate on the theoretical conception, which involves soviet production, can enrich and enlighten the possibilities that we envisage for the development of this research.