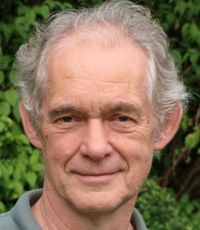 Professor of anthropology and philosophy of education and co-founder of the Interdisciplinary Center for Historical Anthropology at the Freie Universität Berlin. Member of the “InterArt” Graduate School as well as of the “Cultures of Performance” Collaborative Research Centre and of the “Languages of Emotion” Centre of Excellence at that same university. He is the founder and vice-chairman of the Society for Historical Anthropology and  a founding member of the Commission on Educational Anthropology of the German Society for Educational Science, vice-president of the UNESCO commission in Germany, a member of the Conseil scientifique of the Institut National de Recherche Pédagogique (Paris/Lyon) and a member of the International Research Centre for Cultural Sciences (Vienna).

He has enjoyed guest professorships in the USA, the Netherlands, the UK, Sweden, Italy, Austria, France, India, Brazil and Japan. He is responsible for the Erasmus partnership with more than 40 universities at the Department of Educational Science and Psychology. German Academic Exchange Service (DAAD).

He has numerous collective volumes and journal special issues and his books have been translated in more than 10 languages.