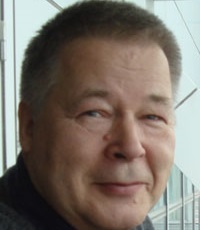 Pentti HakkarainenPentti Hakkarainen is Professor (emeritus) at the University of Oulu and Professor of Psychology at the Lithuanian University of Educational Sciences, Vilnius from 2012. He is a head of the Research Laboratory of Play (LUES) and the scientific leader of the research project “Development of Self-regulation in Play”. He reads courses on Qualitative research methods and Cultural historical psychology for MA students.

Since 1997 he was Professor of Early Education at Kajaani University Consortium, University of Oulu, Finland. He has taught early education, developmental teaching and research methodology. He run post graduate program “Meaningful learning in narrative environments” and experimental program of school transition (15 doctoral students). His B.A and M.A in educational psychology were granted from the University of Jyväskylä. His PhD was completed in 1991 at the same university. He served as researcher and head of research department at the Institute for Educational Research, University of Jyväskylä at all levels of educational system (primary, professional and higher education). He was elected as vice dean of the Department of Educational Sciences at the University of Oulu in 2006–20010. He is the editor of the Journal of Russian and East European Psychology (M.E. Sharpe, New York). He was heading the task force at the Ministry of Social Affairs and Health preparing early education research policy for the years 2007–2011 in Finland. His research interests include creative, developmental teaching and learning in preschools, schools and higher education, narrative learning and development in play and virtual environments (5D). He has been visiting scholar in Moscow (Academy of Educational Sciences 1973–75), Aarhus, Denmark (1982–84), San Diego (UCSD 1992–93; 2007– 08), Vancouver (Simon Fraser, 2008). Intensive research cooperation with Japanese universities (Waseda, Hokkaido, Rikkyo, Fukui) has started in 1998.