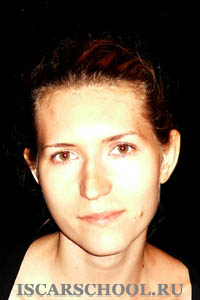 The cultural-historical frame was discovered by me when i was student and had a great high school teachers Urvanzhev L.P., Perejigina N.V, Kornilov Y.K who for the first time put me in the world of Vygotsky ideas. Later working as a counselor i was interested in art-therapy direction in psychological science and was looking for an answer on the question whether exist such special psychological instrument that can be applied for most people needed get psychological aid. In the art-therapy i found some crucial principles helping me determining my position as a researcher and counselor.
Being a postgraduate and try to investigate an inner conflict phenomenon deeper I faced the problem of narrativization of  emotional content in a subject personal and professional life. Due to his fully constricting nature a narrative is a functional product of culture, which has the beginning, the middle and the end, that is means it is represented in time. It also exists on different functional levels – linguistic, cognitive and emotional. Such features allows us to address to the cultural-historical approach offering most adequate methodological basis by the solving a problem of realization inner conflict in any social interaction. Based on cultural-psychological perspective i was writing a several essays on international summer schools. There were “Cultural narratives in Russian fairy-tales “, “Inner conflict and vicious cycle in trauma experience ”. Now i have a good chance to enrich my knowledge by listening to a special courses at MSPPU.
What do i expect from the participation?  First at all  I am  expecting to the exciting intellectual atmosphere offered by ISCAR seminars and representations that could give an impulse for my scientific work.  The participation in Summer University  will strongly encourage me for looking for a new way to systematizing data received.  Also I would like to get know new people with the similar or different professional positions, to see another scheme of experimental researches, exchange ideas, comments in any kind of discussing and of course enrich my English.