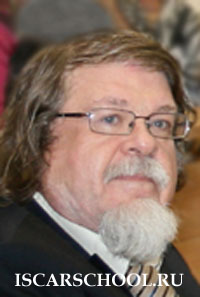 Full Member of the Russian Academy of Education, Honorary Professor of the University of Wisconsin (Madison, USA) Vitaly Rubtsov is a leading scientist, a specialist in general psychology, pedagogical and developmental psychology. His works concerning the issues of joint activity, group teaching/learning and, recently, developmental education are widely known in Russia and aboard. His scientific activity is closely connected with the Psychological Institute of Russian Academy of Science, were he had started working as a fellow in 1972 and became its head in 1992 (and still holds this position today). He has been heading the Laboratory of Psychological Foundations of New Educational Technologies since 1981. Researches carried out by Vitaly Rubtsov describe a typology teaching models that takes into account age-specifi c abilities and features of development in different groups of children, making it possible to effectively solve various problems arising in educational and teaching children with developmental disorders in particular.

Several fundamental researches on psychological logic and mechanisms of joint learning activity organisation and on the genesis of cognitive actions in children were conducted under the guidance of Vitaly Rubtsov. He has substantiated a new variant of the experimental-genetic method that enables studying the origins of cognitive actions in children more deeply. Currently several national programmes and international projects aimed at studying conditions of effective use of new educational technologies and models of teaching different groups of children are being implemented under the guidance of Vitaly Rubtsov. The results obtained in these studies are widely applied in educational practices. For his scientific and practical achievements Vitaly Rubtsov was awarded the President’s Prize in Education (1998) and given the title of the Honored Scientist of the Russian Federation (2004).

Since 1997 Vitaly Rubtsov has been the Rector of the Moscow State University of Psychology and Education.