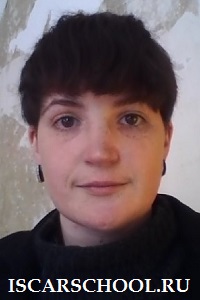 Department of English and Humanities, Birkbeck, University of London

My research problem is: What is Dialectical Psychology?

Vygotsky defined his own approach to psychology as ‘dialectical’. I intend to probe what he precisely understood by the term. A careful reading of Vygotsky’s work reveals it was a nuanced definition informed by an eclectic array of thinkers, rather than a casual and empty parroting of a familiar term from the Soviet lexicon (although, of course, his work should not be divorced from the increasingly oppressive atmosphere of Soviet psychology in the 1920s and 1930s). As a cultural historian working in the humanities,  my work on these theoretical questions would be greatly enriched by discussions with people who engage with cultural-historical approaches in their work from a range of disciplinary backgrounds at the ISCAR Summer University

Vygotsky differentiated his understanding of psychology from those of his contemporaries (including reflexologists, psychoanalysts and Gestalt psychologists), distinguishing his own approach as ‘dialectical psychology’. All other psychological theories, he claims, retain the vestiges of idealistic philosophy from which psychology as a discipline emerged. Dialectical psychology overcomes the tendency he identifies in other schools to separate the mental from the physiological. The dialectical approach transcends this division as it is able simultaneously to, ‘consider processes of development as processes which, on the one hand, are uninterrupted and on the other hand, are accompanied by leaps or the development of new qualities.’  Dialectical psychology as elaborated by Vygotsky considers the human subject in relation to its environment, conceives of the brain as both mind and matter, and situates psychology within the dynamics of history.  His understanding of dialectics is itself historically specific. But rather than focusing on Hegel and Marx, or even Lenin, I focus instead on a consideration of Engels and a less obvious figure: Freud. The figure of Engels casts a long shadow over the history of Soviet understandings of nature, including Vygotsky’s. As such, any discussion of dialectics in this historical context makes little sense without taking the implications of his philosophical position seriously. Engels ascendance over Soviet science followed on the heels of a brief infatuation with  psychoanalysis in the Soviet Union. Vygotsky was always suspicious of the main precepts of psychoanalysis. Yet a close reading of his and Alexander Luria’s introduction to ‘Beyond the Pleasure Principle’ (which they insisted was a dialectical text), provides useful insights into what Vygotsky might have understood as ‘dialectical psychology’. Luria is a key figure in my narrative, as I believe that his subsequent neurological work (which continued until the 1970s.