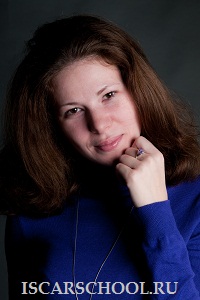 For the first time I got acquainted with the cultural-historical approach in 2003 when I became a student of Moscow State University. Later on I became really interested in this approach as I met my present scientific supervisor, Professor Fyodor Vasilyuk. I had always been fond of psychotherapy and psychological counseling, and I became even more involved as I attended lectures and seminars by F.E. Vasilyuk. The lectures were mostly devoted to the “understanding psychotherapy” which is based on L.S. Vygotsky’s and A.N. Leontiev’s ideas. The theory began to sparkle like a brilliant for me, I realized the inspiration of the theory and the fact that cultural-historical approach has a great future because it gives great opportunities for both theoretical reasoning and practical activity of a psychologist. So after graduating from MSU there was no other way for me but to apply to the Moscow State University of Psychology and Education (MSUPE) to the department of Counseling Psychology and Psychotherapy and to start writing a Ph.D. under the guidance of F.E. Vasilyuk.

It was F.E. Vasilyuk who inspired me to take part in ISCAR in 2012. Our main goal is to present our ideas about unconsciousness and mystery as a process of constructing unconsciousness in the framework of the cultural-historical approach and to receive some feedback from the other participants. We realize that the theme of this research and the main idea of our work is rather challenging, but at the same time we regard it as a novel and interesting one. So we are very much excited about sharing this idea with our colleagues and we are looking forward to hearing their opinion on the issue.

I expect a lot of positive emotions from communicating with colleagues not only from Russia but from other countries of the world. I hope they will understand the idea of my research and give some useful advice. I also hope to gain new interesting information about researches conducted by international colleagues in framework of the cultural-historical approach. I hope that participation in ISCAR this summer will help me to perfect myself both as a researcher and as a theoretical thinker.